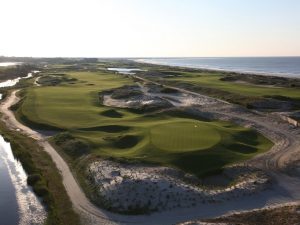 Golf courses and the off-course expenditures of visiting golfers had a total economic impact (direct, indirect and induced) of U.S. dollars 2.59 billion in South Carolina in 2018. The importance of South Carolina golf industry is highlighted in the study by the S.C. Department of Parks, Recreation and Tourism.

The ‘Economic Impact of Golf in South Carolina’ study, was done with the cooperation of the S.C. Golf Course Owners Association. It takes into account the state’s more than 300 courses.

The state’s golf economy remains very strong.  Golden said: “When you look at the off-course expenditures compared to on-course expenditures it shows the strength of golf tourism, and that it’s a really strong component of the overall tourism industry.”

Golf’s direct economic impact was $1.43 billion, while indirect and induced effects added an additional $1.16 billion using a multiplier of 1.82 – that is 82 cents of every dollar in direct output was re-spent in the state’s economy.

The most common originating states for visiting golfers were Ohio (17 per cent), North Carolina (11 per cent), Pennsylvania (9 per cent), New York (9 per cent) and Georgia (6 percent). South Carolina residents accounted for 16 per cent of golf trips in the state.

The top golf destination was Myrtle Beach, followed by Hilton Head and Charleston.

South Carolina golf industry is a significant contributor to the state’s economy.