US issues security alert to American travellers in Middle East 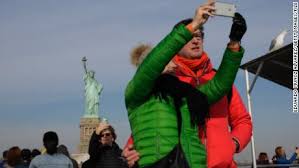 According to a security alert posted Monday on the US Embassy website, the embassy in Jerusalem has cautioned U.S. citizens to be vigilant in Israel, the West Bank and Gaza in view of the heightened tension in the Middle East,”.

Iranian state TV reported Tuesday that at least 40 people were killed and 213 injured in a stampede that erupted at a funeral procession for the nation’s slain Gen. Qasem Soleimani in his hometown of Kerman, in southeastern Iran.

Soleimani was killed in a U.S. drone strike order by President Donald Trump.

“Out of an abundance of caution, the Embassy strongly encourages U.S. citizens to remain vigilant and take appropriate steps to increase their security awareness, as security incidents, including rocket fire, often take place without warning,” the security alert from the U.S. Embassy in Jerusalem reads.

The alert also says that a red alert siren could be activated if mortar or rocket fire occurs, and that such alerts should be treated as real. It advises citizens to be aware of surroundings, stay alert in tourist-heavy areas, listen to local authorities and pay attention to the State Department’s website.

The State Department lists Israel, the West Bank and Gaza as areas with a “level 2” security risk, meaning travellers should exercises increased caution. The travel alert was last updated on Dec. 28, 2018.