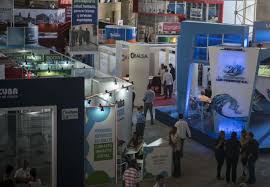 About 200 companies are participating at the International Construction Fair, Fecons, in Cuba, thus giving a fillip to the country’s tourism sector.

For the first time companies from the United States and Vietnam will gather at the event, the organizers say.

Based in the Expocuba fairgrounds, the trade fair will run until Saturday, April 9, as an open window for the access to new technologies and materials, First Deputy Construction Minister, Angel Vilaragut, told the press.

Fecons offers a space for the professional exchange on constructive systems, the development of construction materials, design, and the promotion of technological equipment for the sector, Vilaragut said.

The exhibition covers a 4,700 square-meter area, and Spain, with 57 companies, has the largest delegation in Fecons 2016. Chile is participating as guest of honor.

Leading up to the internal projections, the calls for this fair increase its relevance, as the country expects major plans for the coming years in terms of general infrastructure and for the increment of its hotel industry, he said.

Fecons 2016 is running in parallel with the 11th Scientific-Technical Construction Conference, at the Conference Center in Havana, Vilaragut explained.