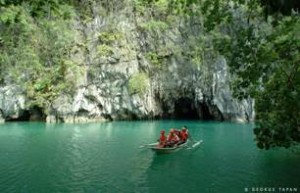 Philippines recorded 22,121 Indian tourist arrivals during January – March 2016, indicating an increase of 23.7 per cent, over the same period last year. As per reports, the Department of Tourism Philippines has confirmed that there were 6,943 visitor arrivals in March 2016 and has shown a growth of 8.23 per cent over March 2015.

SanJeet, Tourism Attaché, Philippines Tourism Marketing Office India, has attributed the growth to be in line with DOT’s continuous effort in promoting the various attractions of the Philippines under the ongoing Visit the Philippines Again (VPA) 2016 campaign. He said that the Philippines expects to maintain a healthy growth in the rest of the year and hopes to close the year with 25 per cent growth.

Mr. Saurabh Mahajan, Director, Ambassador Express Holidays Pvt Ltd, said, “Philippines is geared up to handle Indian MICE groups as the country offers huge conventions centers and meeting locations. There are many reasons to visit this exotic country – be it the adventure options, luxury, rejuvenating holidays or vibrant nightlife, Philippines has something for all!”