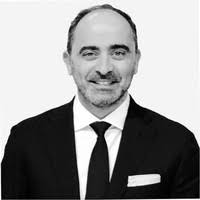 Markos Tzamalis has been appointed as the general manager of JW Marriott Venice Resort & Spa, the  flagship property of Marriott’s International luxury brand.

Tzamalis holds a wealth of hospitality experience and served the Sheraton Rhodes Resort for the last four years.

He has a diploma from Les Roches Hotel Management School in Bluche, Switzerland, and a general manager’s qualification from Cornell University under his belt.

In 1995 he started his career as bar and restaurant manager at Manila’s Hard Rock Café.

He careers most spans having managerial roles at the Hyatt Regency Thessaloniki City Resort and the Sani Asterias Suites boutique in Halkidiki. He also re-opened the Vedema, a Luxury Collection Resort in Santorini in 2008.

At the Grace Hotels he worked as a director of operations in the Mediterranean and Africa.

In his new role, Tzamalis will be looking after the overall charge of the resort’s facilities that will include the Goco Spa Venice – the city’s largest spa complex – the Michelin-starred Dopolavoro restaurant and Sapori Cooking Academy along with the main hotel and its arm of luxuriously exclusive JW Retreats.