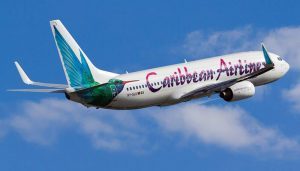 Tropic storms Jerry and Lorenzo and tropical depression Karen is continuing to swirl over the Caribbean and the Atlantic region in this Hurricane season.

Those who are planning vacations in these regions should be a little vigilant as Karen is expected to bring heavy rainfall along with gusty winds, mainly in Puerto Rico and Virgin islands on Tuesday and Wednesday. The tropical storm warnings have been issued in these islands.

According to the authorities, heavy rain is supposed to cause flash flooding and mud-slides, especially in the hilly regions. The authorities have further warned that the storm is supposed to re-intensify through the end of this week. On the other hand, the tropical storm Jerry is slowly inching towards in northwestern direction while it is expected to pass near Bermuda by late Tuesday. Jerry is going to impact the island during the next few days. Swell is expected to impact a few portion of the northern Leeward island and Puerto Rico for another day or so.

The tropical storm alert has also been issued in Bermuda as there is a possibility of 75mm of rainfall across the island through Wednesday besides the risk for life-threatening surf and rip current conditions.

The tropical storm Lorenzo has been formed over the far eastern Atlantic on Monday. This is supposed to bring rainfall and gusty winds in few portions of the southern Cape Verde Islands. The storm is going to stay there for at least next week as it is crossing the Atlantic. As per reports, Lorenzo will curve north over the mid-Atlantic and it is not going to approach the Caribbean or North America.

Travelers who are supposed to visit these destinations in this hurricane season are supposed to check with their airlines as carriers such as American, United and Delta have issued advisories regarding the tropical storms.

Passengers flying to Bermuda, San Juan and St. Thomas will be adjusted to their itineraries without incurring fee change in the coming days while cruise passengers, scheduled to sail this week in the Caribbean, can also face itinerary changes because of the tropical storm Karen. While Carnival Fascination has changed its planned stop in St. Thomas on September 23 citing hurricane season worry, Royal Caribbean’s Symphony has removed stops in Puerto Rico and St. Maarten. Disney Fantasy is also going to sail a Western Caribbean itinerary to avoid storms. Meanwhile, Royal Caribbean’s Serenade of the Seas has also revised its itinerary to avoid Bermuda.