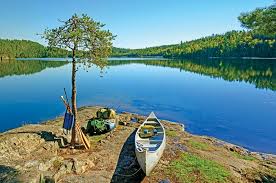 Having for a long afternoon planning safely a pair of cross-country skis on the edge of this Lake Superior port, I inclined my truck toward Canal Park as the sun went behind the marque hill of the city, whose vertical slope was first platted for settlement in 1856.

Currently, Duluth has 86,000 residents but in 1860, four years after the Treaty of La Pointe opened the Minnesota side of Lake Superior to innumerable European immigrants.

The main attraction for most of these early interlopers was a mineral that is equally valued in today’s context. Native peoples dating to 5,000 B.C. had taken out copper from the rivers and rock of what is the Upper Peninsula of Michigan in current scenario, fashioning from it axes, spearheads, hooks and chisels.

For the cities like Ely, Babbit and others, the benefit of copper-nickel mining will be partly beneficial for all businesses. New people will move to these cities in Minnesota to acquire good-paying jobs that will provide for families. Homes will be bought and tax base will increase with decrease of taxes for all. Schools will experience a rise in enrollments and hospitals will be more stable. Established businesses will see rise in patrons. New businesses will fill empty storefronts.

Even though Duluth reported $12.4 million collected in tourism tax revenue last week, an all-time high, the copper-nickel mining industry, not tourism, has always been, and remains, among the prime economic drivers of the city.

Twin Metals Minnesota and PolyMet — are all set to create what would become a new mining industry for the region, exploiting the huge deposits of copper, nickel and precious metals underneath the forests and lakes of the northern reaches of the state.