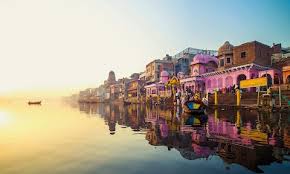 Last year, the UK was among one of the few poor-performing destinations that the UNWTO singled out for a bumper year in international tourism.

The Middle East and Africa performed the best in the UNWTO report, up 10 percent and 7 percent, respectively. Asia-Pacific and Europe both increased 6 percent.

However, not everyone performed in the same way. Central America and the Caribbean saw numbers decline 2 percent, and Northern Europe was flat due to fewer arrivals to the United Kingdom.

Richard Nicholls, VisitBritain’s head of research and forecasting said earlier this month that the UK is or was much better value has now disappeared from the minds of travelers, even though the pound is still relatively weak against currencies like the dollar.

VisitBritain has only released data for the first nine months of 2018 but when comparing that data over the past five years, it shows a broadly positive trend.

“We have seen a slowdown from our European markets and, with more than two-thirds of the UK’s inbound tourism visits coming from Europe, it is crucial that we work to retain as well as grow this region, emphasising our welcome and good value,” said VisitBritain Director Patricia Yates.