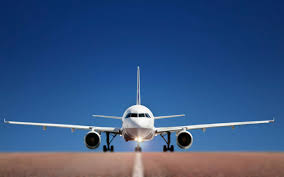 Airline consumer complaints filed with DOT’s Aviation Consumer Protection Division during 2015 were up by 29.8 percent from 2014, according to the U.S. Department of Transportation’s Air Travel Consumer Report released.

For all of last year, the Department received 20,170 complaints, up from the total of 15,539 received in 2014. In December 2015, the Department received 1,565 complaints about airline service from consumers, up 46.9 percent from the total of 1,065 filed in December 2014 and up 19.6 percent from the 1,308 received in November 2015. These complaints cover a range of aviation service issues such as flight problems, baggage, reservation and ticketing, refunds, consumer service, disability, and discrimination. Consumers can compare the overall complaint records of individual airlines to determine which airlines provide the best service and select airlines based on that knowledge. The complaints also serve as a basis for investigations, rulemaking, legislation, and research.

The consumer report also includes data on on-time performance, cancellations, tarmac delays, chronically delayed flights, and the causes of flight delays filed with the Department’s Bureau of Transportation Statistics (BTS) by the reporting carriers. In addition, the consumer report includes statistics on mishandled baggage reports filed by consumers with the reporting carriers as well as passengers denied confirmed space (oversales/bumping) as filed with BTS by the carriers.   The consumer report also contains information about the total number of animals that died, were injured or were lost during air transport in December, as well as the calendar year, as filed by the air carriers with the Aviation Consumer Protection Division.

Weather is a factor in both the extreme-weather category and the aviation-system category. This includes delays due to the re-routing of flights by DOT’s Federal Aviation Administration in consultation with the carriers involved. Weather is also a factor in delays attributed to late-arriving aircraft, although airlines do not report specific causes in that category.

BTS uses the data collected from airlines to determine the percentage of late flights delayed by weather, which includes those reported in the categories of extreme weather, late-arriving aircraft, and National Aviation System delays. In December 2015, 32.77 percent of late flights were delayed by weather, up slightly from 32.31 percent in December 2014 and from 30.45 percent in November 2015.

In December, carriers reported four incidents involving the death, injury, or loss of animals while traveling by air, down from the six reports filed in November 2015. December’s incidents involved the deaths of three animals and injury to one other animal. For all of last year, carriers reported 35 animal deaths, injuries to 25 other animals, and three lost animals, for a total of 63 incidents, up from the 45 total incident reports filed for calendar year 2014.

Complaints About Treatment of Disabled Passengers

In December, the Department received five complaints alleging discrimination by airlines due to factors other than disability – such as race, religion, national origin, or sex – equal to the total of five recorded in December 2014, but down from the six recorded in November 2015. For all of last year, the Department received 65 discrimination complaints, down 4.4 percent from the total of 68 filed in 2014.

Consumers who want on-time performance data for specific flights should call their airline’s reservation number or their travel agent. This information is available on the computerized reservation systems used by these agents.