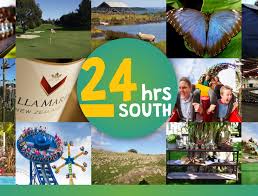 Spreading the word about activities and attractions in south Auckland, the ’24hrs South’ campaign video has gone viral over the summer break.

Mangere-Otahuhu Local Board funded the production and promotion of the video as part of its local economic development programme.

Local Board Member Christine O’Brien has been working on the project with a group of south Auckland businesses eager to boost visitor numbers in the area.

“There are some awesome things to do right here in our own backyard. We’re spoiled for choice to the point that this video even surprised many locals. It’s helped showcase the positive side of south Auckland that really doesn’t get enough attention,” says Ms O’Brien.
“The video has been extremely popular. Between 11 December and 18 January, it reached 346,508 people on Facebook with 568 shares and over 2000 likes. It also outdid average New Zealand Facebook click-through rates by far.

“We’ve had some really useful feedback from the survey and 99 per cent of respondents are willing to visit after seeing the video. Perceptions of south Auckland changed dramatically. It’s boosted the visibility of our local tourism operators with our survey results, indicating 98 per cent of people learnt more about what to do in south Auckland,” says Ms O’Brien.