Aeroflot announces results of Board of Directors meeting 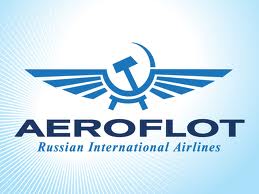 PJSC Aeroflot announces the results of the Board of Directors meeting held on 25 February 2015. The meeting was chaired by Kirill Androsov.

Outcome of the financial readjustment of JSC Transaero Airlines. Aeroflot analysed the results of the provision of financial support for Transaero Airlines in order for Transaero to fulfil its obligations to passengers who had purchased airline tickets.PJSC Aeroflot did not exceed its budget for financial readjustment as approved by the Board of Directors. 51% of the financial investments were loans provided by JSC Aeroflot and LLC Aeroflot-Finance in September-October 2015. Also examined were the sources of reimbursement for the expenses incurred. The analysis took into account new routes acquired as a result of the usage of Transaero’s permissions and commercial rights, as well as the increase in flight frequency . As a result, a payoff period was established at up to 6 years, depending on the external economic environment and providing that Aeroflot retains the routes received.

Implementation of Aeroflot’s Group Strategy. The Board confirmed changes to the Group Strategy for 2017-2021 due to the update of the multi-brand platform approach. During the current year, the platform will switch to a new operational structure of four different companies, one of which will be formed from the integration of Rossiya, Donavia and Orenair. The consolidated carrier Rossiya will rank as the second-largest airline on the national air transport market. The Group will take advantage of new market opportunities to ensure steady growth. Route network development principles for each airline of Aeroflot Group were also set to minimise intra-Group competition.

The Board also decided on a set of measures to support growth of passenger numbers to 61.5 million by 2021. Following analysis of the current situation on the air transport market, it was concluded that the Group could achieve all of the goals set out in Strategy-2025, including becoming a top-five European and top-20 global airline group based on passenger numbers and revenue, assuming economic stabilisation.

LLC A-Techniks business plan. The development of this company specialised in aircraft maintenance and repairs (M&R) will allow ad hoc and scheduled maintenance for the Aeroflot Group’s growing fleet. It will also increase the Group’s competitive ability by reducing out-sourcing of these services, therefore lowering M&R costs. The business plan anticipates achieving operational profitability by the end of 2017. The Board of Directors decided to agree on the amounts of financing needed for the launch and development of LLC A-Techniks in accordance with the presented business plan.