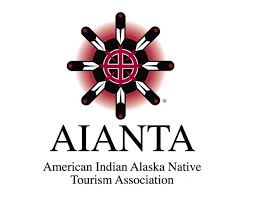 The only association of the country is all set to promote tourism across America’s native lands will observe this September its 20th anniversary at the annual American Indian Tourism Conference in Albuquerque, New Mexico.

The American Indian Alaska Native Travel Association or AIANTA was launched in 1988 when a group of tribal tourism operators came together to find out ways to develop tourism to tribal communities in a manner that would respect their traditions and values.

At first fostered by the New Mexico Indian Tourism Association with additional financial support by the Bureau of Indian Affairs (BIA) and other tribal tourism organizations, the group set up a tourism conference dedicated to tribal tourism.

The nonprofit association was born from the conference with the permission to define, introduce, grow and maintain tourism not only among American Indians but Alaska Natives and Native Hawaiians.

In current context, AIANTA offers training, technical assistance, certifications and scholarships, and advocates on behalf of tribes on programs, policies and decision-making at regional and national levels.

“The emergence of tribal cultural tourism has provided more than a venue for tribes looking to diversify their economies, it’s created a market for global impact,” said Camille Ferguson, AIANTA Executive Director. “No other organization in the U.S. has provided the national structure for tribal tourism to flourish.”