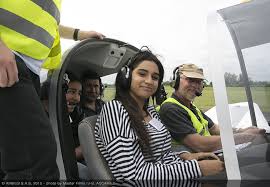 The French Navy has awarded a four year contract covering the provision of a satellite-based maritime surveillance service to a consortium of Airbus Defence and Space and Telespazio France.

Under the Trimaran 2 contract, a follow-up to Trimaran 1, Maritime zone commanders will have access to a portal for surveillance services using optical and radar imaging and AIS (Automatic Identification System) data to enhance the effectiveness of their national maritime missions.

France has an economic exclusion zone covering more than 11 million km², the second largest in the world behind the United States. In a tense geopolitical context and a time of economic restrictions, the French Navy carries out maritime search and rescue missions to ensure the safety of people and the environment, making particular use of advanced technologies.

Airbus Defence and Space and Telespazio France will be utilising a unique combination of satellites for the Trimaran 2 service, which supplements the range of resources already implemented by the French Navy and form an integral part of its operations concept. This contract, which runs from 2016 to 2020, will improve the effectiveness of the Navy’s missions on the world’s oceans: whether combating trafficking, preventing illegal immigration, performing search and rescue operations at sea, detecting pollution and toxic discharges, or monitoring protected maritime areas.

Through a dedicated portal, each of the French Navy’s maritime command zones will enjoy user-friendly and round-the-clock access to the extensive acquisition capacity of the satellites, with a wide range of reactive services across the globe. Whatever the operation in progress, its type or location, radar and optical satellite images are interpreted by the image analysts at Telespazio France and Airbus Defence and Space as soon as they are received and correlated with the AIS data. Reports are then produced and sent to the users, once again via the portal, indicating the types of vessels detected, their position, speed and heading.

“This service, developed with our partner Telespazio France, is the tangible result of many years of operational collaboration with the French Navy,” said Eric Soulères, Head of the Business Line Communications, Intelligence & Security in France at Airbus Defence and Space. “This contract also confirms the recent Airbus Defence and Space successes with the Australian Border Force and EMSA (European Maritime Safety Agency), demonstrating the pertinence of our solutions for the institutions involved in Government action at sea.”

“With our partners at Airbus Defence and Space, we are very proud to have provided the French Navy with a highly reliable portfolio of naval surveillance services. After several years of cooperation between the Telespazio Group and the European Maritime Safety Agency, this new contract is a testament to the operational expertise of our teams and the unparalleled contribution to satellite services for French Navy personnel,” explained Jean-Marc Gardin, Chairman and CEO of Telespazio France.