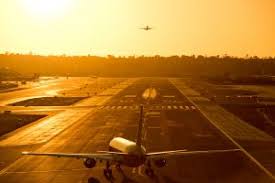 Airlines for America (A4A), the industry trade organization for the leading U.S. airlines, today applauded the new Open Skies air service agreement reached between the governments of the United States and United Kingdom that will ensure continued operation of vital transatlantic routes. Both governments’ tireless efforts to conclude this new agreement provides the legal framework for the 20 million passengers and more than 900,000 tons of cargo flown between the two countries annually.

“Today’s announcement provides much needed certainty that when the UK exits the European Union there will be no disruption to air service for the traveling and shipping public,” said Nicholas E. Calio, A4A President and CEO. “Continued connectivity also will benefit the 720,000 men and women employed by the U.S. airline industry, who work to deliver a safe, seamless and positive travel experience to customers each day. We deeply appreciate the sense of urgency that both governments and their negotiators brought to concluding this agreement.”

U.S. airlines are critical drivers of economic growth and jobs. Ensuring that the UK market is fully open to all U.S. carriers directly benefits customers, employees and our overall economy. A4A and its member airlines remain committed to working collaboratively with U.S. and UK authorities to strengthen travel, trade and tourism opportunities globally.