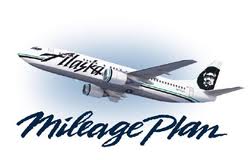 Alaska Airlines has been named the No. 1 on-time major North American carrier for the sixth year in a row.

FlightStats Inc., which compiles on-time performance data on millions of flights each year, bestowed the honor on Alaska Airlines today. No other major North American airline has received the prestigious award more times since the Portland-based company launched its on-time performance awards program in 2009.

“FlightStats is once again proud to announce that Alaska Airlines has ranked #1 in on-time performance among major airlines in North America,” said Jeff Kennedy, executive chairman and co-founder of FlightStats, Inc. “This is the sixth consecutive year that Alaska has taken the top spot, which is a reflection of the airline’s commitment to operational excellence and outstanding customer service.”

“Our industry leading on-time performance over the last six years has proven that we value our customer’s time and provide employees with more quality time with their families,” said Alaska Chief Operating Officer Ben Minicucci. “It is this level of performance combined with our genuinely caring service from our terrific employees that led to Alaska Airlines being ranked the highest in airline customer satisfaction among traditional carriers for eight consecutive years by J.D. Power.”

FlightStats publishes its On-Time Performance Services Awards annually and evaluates flight data from the top 10 North American airlines. These major carriers operated more than 8 million flights throughout North America in 2015. To qualify as on-time, each flight must be completed within 15 minutes of its scheduled arrival.