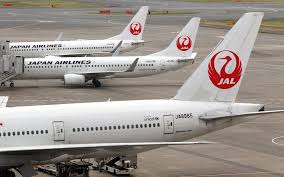 American Airlines and Japan Airlines will offer nonstop flights between Tokyo and Las Vegas for 10 days in January to support demand from attendees of the annual CES convention, airline officials said Thursday.

The flights from Tokyo are scheduled to take off at 6:25 p.m. and arrive in Las Vegas at 11:40 a.m., airline officials said.

The airline tickets go on sale Monday for the limited-time flights aboard American’s Boeing 787-8 jetliners.

More than 180,000 attendees flocked last year to CES, which is dedicated to new products and technological innovations. It is also the largest expo in Las Vegas by attendees and convention space.

Clark County Aviation Director Rosemary Vassiliadis said that visitors each year, Las Vegas means business, and there is no better example than CES.