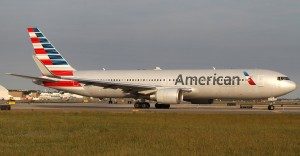 American Airlines has confronted with another technical glitch on Sunday that compelled several flights to be halted but then the airline mentioned that no flights were cancelled as a consequence to the incident.

The main operating system of the airline and dispatch went down around 2.05 p.m. and the carrier suspended flights temporarily, as specified by the Federal Aviation Administration.

The FAA said that the flights resumed about 2.45 p.m.

A spokeswoman of American Airlines, Michelle Mohr mentioned that the issue appears to be stemmed from ‘a connectivity issue with one of their data centers’. She added that currently everything is back to normal and therefore there were no cancellations owing to the issue.

The latest outage at American came after the airline had experienced a computer glitch at PSA Airlines, a wholly owned subsidiary that commenced on June 14 and cancelled about 3,000 flights during the week.

This incident cost the carrier an estimated $35 million in terms of revenue.