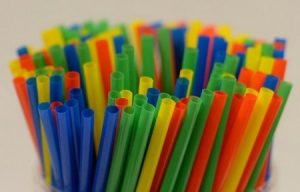 American Airlines is currently the latest brand to declare that it plans to eliminate plastic straws to safeguard the environment.

This initiative of the air carrier comes amid increasing global concern about the impacts of single-use plastics on the environment at large. Especially, several environmental watchdog groups have sounded the alarm about how much plastic is making its way into the oceans of this planet.

Large businesses have started to respond to this concern.

On Monday Starbucks stated that it aims to get rid of plastic straws internationally by 2020.

And in May Alaska Airlines mentioned that it would become the first U.S. airline to do away with single-use plastic straws and sticks altogether. In fact, the travel industry as a whole had increasingly been looking forward to ways to reduce the amount of plastic waste it produces.

Of late American has joined this anti-plastic movement.

Its first change will come in its frequent-flier lounges, where the company says it will eliminate plastic straws beginning this month in favor of biodegradable, eco-friendly options. Plastic stir sticks will be replaced with wood versions.

Additionally, American says it will “begin transitioning” from plastic utensils to “eco-friendly” alternatives.

Thereafter certain alterations are slated to be introduced onboard its aircraft, an effort American says will commence in November. After this time frame, the plastic stir sticks that are currently offered during American’s onboard beverage service will switch to an “environmentally friendly” bamboo version.

American estimates the changes will help it eliminate more than 71,000 pounds of plastic per year.