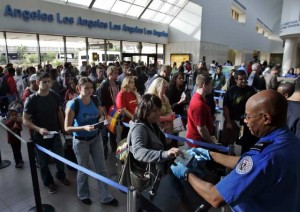 Over 96% of American travellers surveyed in a poll stating that they have not altered their travel plans this year for the Zika virus outbreak. While 2.6% altered their plans by travelling to a different destination, only 0.9% delayed their tour plan and 0.6 cancelled the trip.

Travel Leaders Group poll survey suggested that 21.2% American tourists travelled to a country where there where confirmed cases of Zika virus. Moreover, 23.2% of the tourists have planned to travel this year to a country which has reported cases of the outbreak. Amongst the rest of the travellers’ percentage, 30.9% do not have plans to travel this year to a country with confirmed cases, 29.3% of them don’t have any plans to travel to any country with Zika but had no intention of going to those countries anyway. the rest 16.6% said had no idea or did not know.

Conducted from April 4-30, the survey included responses from 3,431 consumers throughout the U.S.