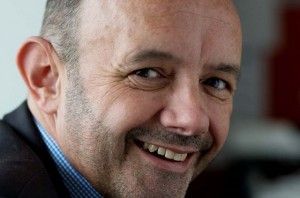 Network Rail has announced the appointment of Andy Thomas as route managing director for Wales route.

Andy will join Network Rail from the Keolis Group, where he is currently managing director for Hyderabad Mass Transit in India.

He has had a wide ranging international career in rail, transport and industrial sectors, including successful strategic leadership roles with Transport for New South Wales in Australia and Transport for London, where he was head of strategic planning and performance.

The interim route managing director, Paul McMahon will stay in the post until Andy joins in August.

Commenting on the appointment of Andy Thomas, Paul McMahon, interim route managing director, said: “The railway in Wales is seeing the biggest investment in generations and we recently published the Wales Route Study that sets out opportunities to continue delivering improvements for passengers. We’re also working closely with the Welsh Government on their aspirations for the next Wales and Borders franchise and the South Wales Metro.

“Andy will be a key figure on the Welsh railway and his wealth of knowledge and valuable experience will help him not only to deliver a safe and reliable railway everyday, but to also drive the delivery of the ambitious plans for a bigger, better railway for Wales.”