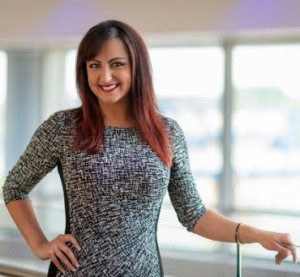 “With experience working at multiple AHC+Hospitality managed hotels and restaurants, Becky is the ideal candidate for this role,” said Nick Remes, general manager, JW Marriott Grand Rapids. “As we both step into new leadership positions, I am excited to work alongside Becky and elevate the hotel’s dining experiences to their fullest potential.”

Oldani began her career at the Amway Grand Plaza as a concierge in 2009 before transitioning to a guest care manager role at the Courtyard by Marriott Grand Rapids. She began her practice in the food and beverage space in 2011 as assistant general manager of the newly opened Ruth’s Chris Steak House Grand Rapids before being promoted to general manager. During her tenure, Oldani was awarded Ruth’s Chris Leadership Team of the Year, and increased restaurant revenue by $1 million and profitability by 22 percent.

“On the heels of six.one.six’s re-concept, I’m excited to work with the hotel’s creative food and beverage team and continue bringing new flavors and experiences to Grand Rapids’ thriving culinary scene,” said Oldani.

A graduate of Ferris State University, Oldani received a Bachelor of Science in hotel and restaurant management and is an active member of the Grand Rapids community. In her spare time, Oldani volunteers at Kids Food Basket and instills strength and leadership skills in the hospitality industry as a member of Women in Lodging.