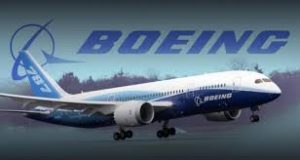 Boeing and two undisclosed airlines have reached agreements to buy a total of 15 787-9 Dreamliners valued at $4.2 billion per current list prices, the company announced at the 2018 Farnborough International Airshow.

One of the airlines would become a new 787 customer. The second airline is adding more 787s to their Dreamliner fleet. Both commitments will be reflected on Boeing’s Orders and Deliveries website once they are finalized.

“This is the Dreamliner effect. New airline customers are drawn to the potential for greater fuel efficiency and range and super passenger amenities, while existing customers have experienced all of these advantages first hand and want to grow their fleet with more 787 Dreamliners,” said Ihssane Mounir, senior vice president of Commercial Sales and Marketing for The Boeing Company. “The strong market preference for the 787 is securing its status as the fastest-selling widebody airplane in history.”

The new commitments continue Boeing’s sales momentum on the 787 Dreamliner program. With orders announced during the Farnborough Airshow, Boeing has achieved nearly 100 net orders for the 787 this year, along with reaching additional commitments that will be finalized in the coming months. In all, 71 customers have purchased nearly 1,400 airplanes. Half of the customers have returned to place follow-on orders.

Built with lightweight composite materials and powered by advanced engines, the 787 Dreamliner family lowers operating costs by more than 20 percent compared to previous airplanes, and nearly 10 percent compared to today’s competing jets. At 206 feet (63 meters), the 787-9 extends the Dreamliner family in terms of capacity and range. The airplane can fly 290 passengers, in a typical two-class configuration, up to 7,635 nautical miles (14,140 km), making it the longest-range 787.