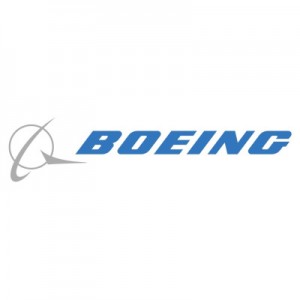 Boeing and Jackson Square Aviation (JSA) announced the leasing company has ordered 30 737 MAX airplanes in its first direct purchase from a jet maker, reflecting the evolution of the airplane lessor’s business and its confidence in the market for 737 MAXs.

The two companies unveiled the $3.5 billion deal – per current list prices – during a signing ceremony at the 2018 Farnborough International Airshow. The order, previously unidentified on Boeing’s Orders & Deliveries website, represents the 100th customer for the 737 MAX program.
“Today’s order is an exciting moment in the history of Jackson Square Aviation,” said Toby Bright, JSA’s chief executive officer. “We are excited to become even more of a full-service partner for our airline customers by expanding our fleet of 737 MAX airplanes as global demand for narrow-body jets continues to rise. The MAX is quickly becoming an important part of our portfolio and we look forward to offering this modern, fuel-efficient and reliable aircraft to airlines around the world.  We have carefully evaluated how speculative orders can enhance our long-term business model, and this transaction signifies the next step in that development.”

Since its founding in 2010, San Francisco-based Jackson Square Aviation has grown steadily by buying new technology airplanes from airlines globally through sale-leaseback financing and pre-delivery payment financing agreements. The stable model has served JSA well as it has built a portfolio of more than 180 jets with long and balanced lease terms placed with 49 customers in 27 countries.

“We are proud to support this important transaction between Jackson Square Aviation and Boeing,” said Naoki Sato, the managing executive officer of Mitsubishi UFJ Lease & Finance Company (MUL) and the chairman of Jackson Square Aviation.  “This order reflects our strong confidence in the continued growth of the aviation sector and in the leadership of JSA.”

“Jackson Square Aviation has reached significant heights since its founding, having financed more than 100 Boeing airplanes. We are proud to have been their partner and we are extremely honored that JSA has chosen to expand its business on the wings of the 737 MAX,” said Ihssane Mounir, senior vice president, Commercial Sales & Marketing for The Boeing Company. “The 737 MAX is the best airplane in the single-aisle segment. It will provide Jackson Square Aviation’s customers with exceptional efficiency, improved range and unmatched reliability.”

Jackson Square Aviation chose the 737 MAX 8, which offers 162 to 178 seats in a standard two-class configuration and flies up to 3,550 nautical miles (6,570 kilometers), while improving fuel efficiency 14 percent over its predecessor.

The 737 MAX is the fastest-selling airplane in Boeing history, accumulating more than 4,600 orders from now 100 customers worldwide.