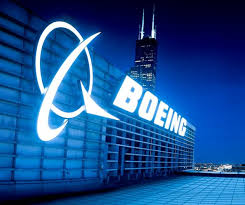 The company’s revenue guidance increased $1 billion to between $97.0 and $99.0 billion, driven by defense volume and services growth. Commercial Airplanes margin guidance is increased to greater than 11.5% on strong performance and Defense, Space & Security margin guidance was adjusted to reflect the impact of cost growth on the KC-46 Tanker program.

“We are seeing the results of our One Boeing approach as our teams work together across the Boeing enterprise to deliver value to our customers and grow our business.  In the quarter, we generated improved revenue and earnings, delivered strong cash and captured $27 billion in new orders,” said Boeing Chairman, President and Chief Executive Officer Dennis Muilenburg.

“We celebrated the first anniversary of the launch of Boeing Global Services and the one-year revenue service anniversary of the 737 MAX. We booked 239 net commercial airplane orders in the quarter, which included 59 787s – further demonstrating the value this airplane family brings to our customers. Solid progress continued on the 777X program with the first two test aircraft currently being built in the factory. We finalized the production contract for 28 F/A-18 Super Hornets for Kuwait, completed production of the 100th P-8 Poseidon, and conducted two successful tests for the U.S. Air Force’s Minuteman III. Our services business delivered the first 737 Boeing Converted Freighter and secured performance based logistics contracts to support rotorcraft in the Netherlands. Additionally, customers continued to recognize the value of our digital solutions with Etihad Airways signing a contract to implement our crew management solutions.”

“Continued services growth, increasing defense volume and strong performance of our commercial business, as well as our positive market outlook, give us the confidence to raise our revenue and Commercial Airplanes margin guidance for the year. We remain focused on execution, driving innovation, continuing to develop and maintain the best team and talent in the industry, and increasing value for our customers, shareholders, employees and other stakeholders.”

Operating cash flow in the quarter of $4.7 billion reflects planned higher commercial airplane production rates, strong operating performance, and timing of receipts and expenditures (Table 2). During the quarter, the company repurchased 8.6 million shares for $3.0 billion, leaving $12.0 billion remaining under the current repurchase authorization which is expected to be completed over approximately the next 18 to 24 months. The company also paid $1.0 billion in dividends in the quarter, reflecting a 20 percent increase in dividends per share compared to the same period of the prior year.