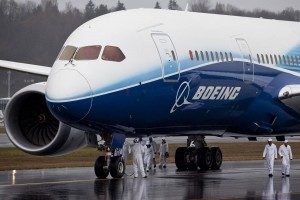 Boeing and United Airlines announced the carrier has expanded its commitment to the 787 Dreamliner program with a repeat order for four more 787-9 airplanes. The deal, valued at about $1.1 billion per current list prices, was finalized this year and was listed as unidentified on Boeing’s Orders & Deliveries website.

“These new 787 aircraft are another step in our wide-body replacement strategy, and we will continue to roll out new announcements in the future as we implement our comprehensive fleet plan,” said Gerry Laderman, United’s senior vice president of finance and acting chief financial officer. “The 787 allows us to provide our customers with an industry-leading on-board experience and continues to be a vital part of our fleet.”

The 787-9 is the longest-range Dreamliner with the ability to fly up to 7,635 nautical miles (14,140 kilometers), while using 20 percent less fuel than older generation airplanes. In United’s three-class configuration, the 787-9 seats about 250 passengers. The Chicago-based carrier also operates the smaller 787-8 and will be the North American launch customer of the larger 787-10.

United Airlines is one of the leading global carriers that have taken full advantage of the Dreamliner’s superior range and fuel efficiency, having deployed the 787 on some of the longest routes such as Houston to Sydney and San Francisco to Singapore. In all, the 787 Dreamliner family has made possible more than 180 new non-stop routes.

“There is no better validation from a customer than a repeat purchase. We are delighted that a leading carrier such as United Airlines has placed yet another order for the 787 Dreamliner. Their trust and confidence in the 787 speak to the airplane’s unmatched capabilities and superior value,” said Ihssane Mounir, senior vice president of Commercial Sales & Marketing for The Boeing Company. “We look forward to delivering more Dreamliners to United for many years to come.”

With this latest purchase, United Airlines has now ordered 55 787 Dreamliners. Nearly half of all 787 customers have placed repeat orders for the airplane.

The 787 is the fastest selling twin-aisle airplane in history with nearly 1,400 sold and more than 700 delivered to customers. Since entering service in 2011, the 787 family has flown more than 255 million passengers while saving an estimated 25 billion pounds of fuel.