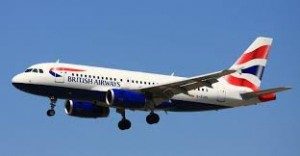 An aircraft of British Airways that had been heading to Ibiza has had to fly back to Gatwick Airport following a mid-air emergency.

The U-turn was carried out by the pilot shortly after reaching the English Channel.

A spokesperson for British Airways said that the safety of their customers and crew is always their priority.

He also went on to add that the aircraft returned to Gatwick as a precaution following a minor technical fault with the aircraft.  And then he added they had apologised to their customers for the delay to their journey and another aircraft will fly them to their destination.

He said that there was an announcement that they had a ‘technical concern’ and would have to go back to Gatwick.