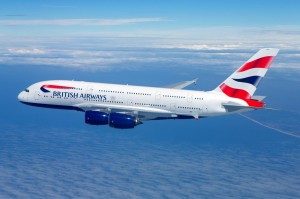 British Airways sees busiest month in August The British Airways carried four million customers in August with the busiest summer ever and the airline revealed some of the most popular destinations.

With more than 212,000 bottles of wine consumed across British Airways in July, it was up by three percent since last year. Customers were in the mood of summer holiday spirit. Customers of the British Airways can opt for pre-order from a range of 13 complimentary special meals for dietary requirements.

In July more than 360,00 special meals were pre-ordered which was 32 per cent more than the same period last year . Around 5,000 meals were low-calorie.

Sean Doyle, British Airways director of network and alliances stated that this British Airways offered its largest network scheduled in a span of ten years with flights connecting to 211 destinations across 75 countries.

He was confident that with the addition of new routes like Pittsburgh and Nashville along with Santiago. Recently, there was an increase in the number of weekly flights and these will be among the most popular destinations and some traditional region.