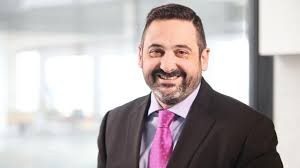 The British Government has been urged by Alex Cruz, chief executive of British Airways to take measures about lengthening queues at the Heathrow Airport.

Passengers arriving at the Heathrow Airport face delays of more than two hours to get through border control and the situation is getting ‘significantly worse’ as compared to other major hubs across the world.

The head wrote a letter to London’s leading daily that waiting in the immigration lines has been the norm for many non-European travellers at the Heathrow. The government was however considering to put in special fast track lanes for the U.K. passport holders. But Cruz opined that they need to solve other delays which sends across a wrong impression as the nation is preparing to leave the 28-nation European Union next year.

The British Airways flies to more than 200 destinations across 75 countries and is Heathrow’s largest airline.

However, the Home Office stated that the passengers arriving at the Heathrow crossed the border control within the assigned time frame.

The European Economic Area members take 25 minutes while those coming from the outside the region are expected to pass  border control within 45 minutes.The target was missed 8,298 times last year and the number reached more than 6,000 for 2018 stated Cruz.

It is noted that Heathrow welcomes more than 70 million passengers a year.

Cruz wants Sajid Javid, the home secretary to take immediate action to address the issue. He said that they needed more than UK-only lanes to show that Britain was open for business.