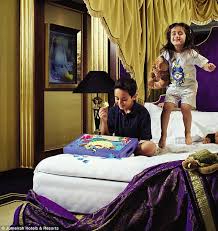 “As the world’s most luxurious hotel, Burj Al Arab continuously evolves and re-invents our guest experience through state-of-the-art facilities. Burj Al Arab Terrace is the ultimate destination for indulgence, socialising and relaxing and is another initiative in our endeavour to delight our guests. Burj Al Arab Terrace is our most ambitious project since the hotel was created; it’s a global first in hotel construction with a breakthrough combination of creative marine design, ingenious engineering and guest-friendly planning. In January, we announced its arrival on a ship from Finland and, since then, our construction and design teams have brought our vision to life and the result is simply spectacular,” Anthony McHale, GM at Burj Al Arab Jumeirah commented with the occasion of the launch.

Tags: Burj Al Arab Terrace has been developed by ADMARES experts in Finland and is the world’s first in marine and off-site construction.