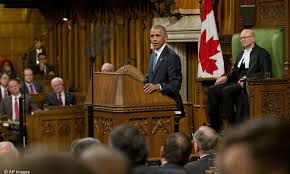 Canada’s federal government is in the process of creating an advisory council on tourism to help formulate a national strategy to boost the role of tourism in the country’s economy.

He will be joined by McKinsey & Company global managing partner emeritus Dominic Barton, who chairs the government’s council on economic growth. McKinsey also won a recent federal contract to study barriers in the tourism industry.

In 2017, the tourism industry accounted for 2.06 per cent of the country’s GDP. The Liberal government is eyeing tourism for its untapped potential for economic and job growth.

The Trudeau Liberals see tourism as the core of their middle-class economic message, according to one senior government source who spoke on background.

Being labour-intensive, tourism is one of the few fast-growing sectors where jobs are not being wiped out by automation. Unlike manufacturing, for example, it’s a prime candidate for job growth.

Canada used to be a Top 10 destination for international tourists, but since 2000 has slipped to 17th place. In the last federal budget, the Liberals upped Destination Canada’s annual budget to $97.8 million from $57.8 million.

This year is the Canada-China year of tourism — a joint initiative. Visitors from China are coveted by many nations because they’re seen as ‘high yield’ tourists: they stay longer and spend more money. Last year, Canada saw an increase of 2.7 per cent in the number of tourists from China. There are high hopes that 2018, with its special designation, will see even better numbers.

“Canada is doing well. We have one of the best reputations in the world, but we only see about two per cent of the global visits every year so we’re not growing as fast as our competitors,” said Vince Accardi, director of policy and stakeholder relations for the Tourism Industry Association of Canada (TIAC).

An advisory council and the promise of a national strategy are being welcomed by the industry and business leaders. But there’s already a general consensus abroad on where some key investments could be made.

In an election year, any push on tourism is likely to have a political angle. Tourism is a part of both rural and urban Canada, generating revenue in small villages and big cities alike.

The national strategy is expected to be ready by spring 2019, just months before the next election.