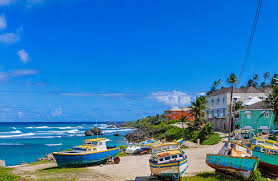 Despite the fact that marijuana continues to be illegal in much of the Caribbean but tourism officials want to be prepared for a situation if and when more countries legalise the drug and pot tourism experiences become possible.

Jamaica, which is famous for its Rastafarian history and traditions, decriminalised marijuana possession in 2015, but other governments in the region are moving much slower on the issue despite public opinion shifting towards legalisation. Caribbean tourism officials feel that pot tourism could a boom for the region, and are looking at diversifying types of tourism offered as last year’s hurricanes made the Caribbean rethink future growth plans.

The Caribbean is studying how pot tourism has developed in destinations where marijuana has been legalised like California and Colorado, and more recently in Canada, said Hugh Riley, secretary general and CEO of the Caribbean Tourism Organisation.

“It’s not a clean slate because we now have some precedence to follow out of California and Colorado and watching Canada,” said Riley, speaking during a press conference on pot tourism this month. “No one knows yet if we had a big ganja festival, who would come?”

Unlike Colorado, a lot is still uncertain for the Caribbean’s pot tourism future and whether more countries will legalise the drug and if it could become a hook for visiting.

While pot tourism is still on hold because of local laws, Riley said destinations shouldn’t take forever to research the potential impact and benefits of pot tourism in the region. “We have to make sure we have a champion for [pot tourism], a rationale that makes sense, and a [deadline for research results], said Riley. “The Caribbean doesn’t need to worry that other places got to the party ahead of us, marijuana could just be one more reason why they come. We had the same discussion a few years ago about casino gambling.”

Travellers are increasingly considering destinations where they can continue the same behaviour that they have at home, such as smoking marijuana, said Jerry Rappaport, president of the Grenada Hotel and Tourism Association. Marijuana possession remains illegal in Grenada.

“You could ultimately end up with marijuana farms that could be handled like vineyards,” said Rappaport.

“The cultural aspect of this really needs to be at the forefront if you’re going to look at the wellness aspect of this,” said Adrian Brijbassi, a Canadian journalist who covers the Caribbean and co-founded vacay.ca, a Canadian travel platform. “In Toronto, tourism activities include people indulging in marijuana tours and I see that’s where the growth of marijuana tourism is more likely to come from versus the wellness aspect. Wellness and tourism topics become divergent at some point.”

Tourism officials are also studying whether the Caribbean could become a leader in marijuana wellness experiences which also motivate people to travel. But there are sceptics.