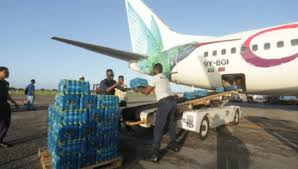 The Caribbean Hotel and Tourism Association (CHTA) has warned the governments in the Caribbean region about the impact of air travel-related taxes and fees on travel demand apprehending a drop.

“We recognise the challenges facing countries, but it is our duty to point out that taxing for additional revenue may have a reverse effect as tourists may choose not to travel to or within the Caribbean and instead select other destinations because of the high cost of our destinations,” said Comito on Friday.

“The taxes would lead with fewer tax revenues, but the CDB and IATA cited high aviation taxes and fees, regulatory barriers and operational deficiencies as obstacles to stimulating more travel, and by extension economic growth. Theirs and CHTA’s research clearly points to the reduction in travel demand as costs increase businesses would likely suffer, Comito pointed out. “High upfront taxes also typically adversely affect on-island spending by visitors who do come. They will either opt for shorter stays or spend less on activities, restaurants, and attractions to offset the additional cost.”

In 2010, as the United Kingdom imposed hefty duties on travellers to, from and through their country, the high cost of flying deterred many travellers which caused a dent in the revenue generated from trave, “impacting net tax revenue and employment in those Caribbean destinations which had a high percentage of UK-based and transient travellers,” Comito added.

“Recognizing the damaging effect, Barbados successfully led the regional lobby against this restrictive duty which resulted several years later in the UK modifying it and helping to restore travel demand,” stated the CHTA CEO.