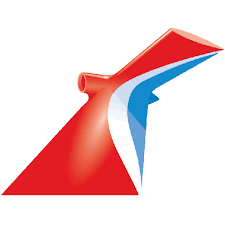 In honor of the men and women who serve in the U.S. and Canadian military, Carnival Cruise Line is offering active and retired service members special savings and bonuses during May to mark National Military Appreciation Month.

The promotion, which provides a $50 onboard credit per cabin and a two-category upgrade, can be combined with Carnival’s highly attractive military rates. In addition,

guests who qualify for the month-long promotion can book up to two additional staterooms with the same bonuses and pricing. The promotion can be booked throughout the month of May and is applicable for cruises departing between August 2016 and April 2018.

“Carnival has a long-established history of providing special consideration to our military men and women and we are pleased to offer these exclusive benefits during Military Appreciation Month,” said Christine Duffy, president of Carnival Cruise Line. “During every Carnival cruise, service members are also honored at a special military appreciation event we kicked off earlier this year in conjunction with our Honor.Family.Fun. program which is raising funds for Operation Homefront.”

In January Carnival launched Honor.Family.Fun. — a year-long initiative in partnership with seven-time GRAMMY Award–winning superstar Carrie Underwood and Operation Homefront, the national nonprofit that builds strong, stable and secure military families. The program helps raise funds for Operation Homefront and will culminate in a special private concert for service men and women and their families starring Underwood aboard Carnival’s newest and most family-friendly ship, Carnival Vista, when the vessel makes its U.S. debut in New York City on Nov. 4, 2016.

During Underwood’s Storyteller Tour, which kicked off in Jacksonville in January, select military families, chosen in partnership with Operation Homefront, are being treated to a personal meet-and-greet with Underwood before a number of her concerts. A series of videos showing these heart-warming encounters can be viewed.

Commemorative dog tags are available for purchase at merchandise stands at all “Storyteller Tour” concerts and on board Carnival ships, with all proceeds supporting Operation Homefront.