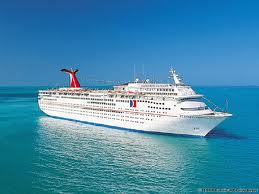 The Carnival cruise ship has resumed its week-long tour of Cuba after being halted in Miami for technical glitches.

An electrical issue started at 5 p.m. Sunday and the outage lasted about 30 minutes, WPLG Ch. 10 reported. The ship was returned to Miami and again set sail for Cuba at 3 a.m. Monday.

According to an official statement from the Carnival cruise ship, “momentary electrical issue that was quickly resolved” caused the delay.

The ship was now scheduled to arrive in Havana on Tuesday morning.

Carnival spokesman Roger Frizzell, speaking to the Sun Sentinel in an email statement, said, “Unfortunately it has been necessary to cancel the call to Cienfuegos and the ship will proceed to Santiago da Cuba as scheduled.”

Earlier this month the Carnival Corporation ship Adonia became the first U.S. cruise ship to make the voyage to the island from this country in more than 50 years.

The trip had called for a two-day stop in Havana and then briefer visits to Cienfuegos and Santiago de Cuba.