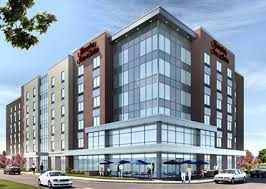 Chicago woman was fatally shot late on Saturday at a hotel in Skokie as confirmed by the police.

Officers were immediately called to the Hampton Inn that is based at 5201 Old Orchard Road and found the 22-year-old woman suffering from a gunshot wound, as to the Skokie Police Department.

She was taken to an area hospital, where she died of her injuries.

The woman had been identified on Sunday evening as Lesly Coronel who used to reside in the 5900 block of South Kolim Avenue on Southwest Side of Chicago as per the office of the Cook County medical officer.

Detectives have started questioning many people but then no charges have been filed. Police have added there is no more threat to general public as an aftermath of the incident.

Anyone with information is asked to call the Skokie Police Department at 847-982-5900.

The hotel is just off the Edens Expressway near Old Orchard mall and Niles North High School in the northern suburb.