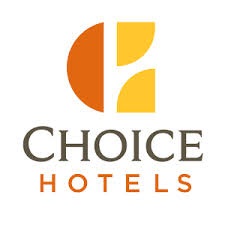 Choice Hotels International, one of the world’s largest hotel companies, announced today the appointment of Janis Cannon to senior vice president, upscale brands at Choice Hotels. With more than 25 years of experience, Cannon will lead the growth strategy for Cambria hotels & suites and the Ascend Hotel Collection.

As Choice continues to gain momentum in 2016, the company will look to Cannon to help drive Choice’s upscale urban market development strategy. The announcement comes on the heels of a steady stream of Cambria hotels & suites groundbreakings and openings in major markets such as Chicago, Philadelphia, Washington, D.C. and New York. Cannon’s tenure and expertise in branding, sales, marketing and hotel operations poises the Cambria and Ascend brands for further success.

“This is an exciting time for our upscale segment and there are no limits to the opportunities for this portfolio under Janis’ leadership,” said Pat Pacious, chief operating officer, Choice Hotels. “We look forward to having Janis join the Choice family as we continue to build on the achievements of Cambria hotels & suites and the Ascend Hotel Collection.”

Well known in the travel industry, Cannon was named as one of the “100 Most Powerful Women in Travel” by Travel Agent. She comes to Choice from IHG where she served as vice president and global brand leader for the company’s upscale portfolio developing and launching global brands and repositioning the company’s largest upscale full service brand.