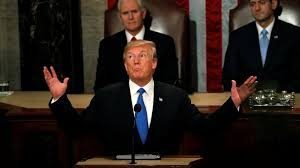 Over the weekend, the American Concha Regatta arrived in Havana from Key West. This is proof of the camaraderie that still remains between the people of both countries.

The Cuban government said that in spite of the threats from President Donald Trump’s administration, Americans keep visiting Cuba with about 55% of them coming in cruise ships.

It was in Coral Gables, three weeks ago, when the Trump administration announced new sanctions against Cuba — including restrictions on travel, which is yet to be released. Last Thursday, the lawsuits against companies doing business with confiscated properties in Cuba started. Two of them target Miami-based Carnival Cruise Lines.

On the eve of international tourism fair, Spain’s tourism minister met with Spanish companies to talk about the lawsuits and how the companies can protect themselves.

Spanish companies like Meliá and Iberostar have invested a great deal in Cuba.