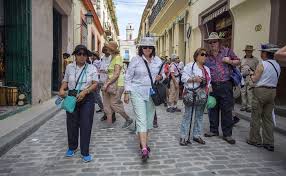 With the participation of entities expert in tourist activity in the Americas, Europe and Asia, the II Edition of the Congress of the Association for Culture and Tourism in Latin America (ACTUAL) will be organized here on Wednesday.

As per the Cuban Ministry of Tourism, yesterday was the opening day at the Meliá Cohíba Hotel. Opening ceremony was arranged in the presence of representatives of chambers of commerce, travel agencies, tour operators, hotel companies, and event organizers, airlines, among other national and foreign participants.

As part of the meeting, the 17th edition of Meeting Place will be organized, an event that attracts organizers of congresses, conventions and incentive travel.

For the second consecutive year, the Congress which is being arranged in Cuba is presided by the leader of ACTUAL, Armando Bojorquez, and Sunil Kumar, president of the Universal Federation of Travel Agents Association.

As per the statements made beforehand in Havana by the Vice President of ACTUAL, Doris Barrera, Cuba earns the best points to host the event due to its great tourist and cultural wealth, and this also forms part of the celebrations of the 500th anniversary of the founding of Havana.

The event brings together over 30 countries, 500 tourism companies and more than a hundred dedicated to the sector specialized in events and incentive travel or MICE.
The Congress will officially close its doors on Sunday.