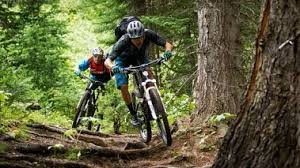 Cuba is all set to participate in the Titan Desert, the most demanding mountain bike event in the world, from April 24 to 30 in Morocco. Cuban cyclist Olga Echenique will represent Cuba in the cycling event.

Echenique will take part in this competition as a reward for her first place among women in the Tropic Titan, held in the west of the island last December.

The Cuban cyclist traveled to Barcelona, Spain, from where she will leave for the scene of the original tour, and will be one of the 24 females who take the start, with Spanish Mirieia Barbera, which does have experience in the battle on the desert sands of Morocco, north Africa, and who was the main opponent of the Cuban in the first Titan Tropic.

More than 400 riders will seek awards on the overall, in stages and categories. Colombian Diego Alejandro Tamayo, a starter last year of the two Titan races: Desert and Tropic, is one of the favorites to repeat the triumph.