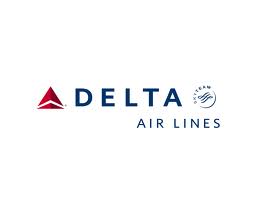 Delta Air Lines will present at the Bank of America Merrill Lynch 2016 Transportation Conference at 8:40 a.m. ET on Tuesday, May 17, 2016.
Delta Air Lines serves nearly 180 million customers each year. In 2016, Delta was named to Fortune’s top 50 Most Admired Companies in addition to being named the most admired airline for the fifth time in six years.

Additionally, Delta has ranked No.1 in the Business Travel News Annual Airline survey for an unprecedented five consecutive years.

With an industry-leading global network, Delta and the Delta Connection carriers offer service to 330 destinations in 61 countries on six continents. Headquartered in Atlanta, Delta employs nearly 80,000 employees worldwide and operates a mainline fleet of more than 800 aircraft. The airline is a founding member of the SkyTeam global alliance and participates in the industry’s leading transatlantic joint venture with Air France-KLM and Alitalia as well as a joint venture with Virgin Atlantic.