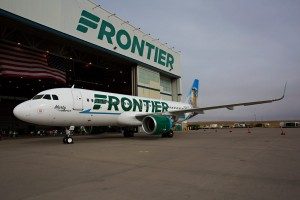 Denver-based Frontier Airlines announced an introductory one-way fare of $39 for flights from Huntsville to either Denver or Orlando.

The fares of Frontier Airlines must be purchased, however, by 11 p.m. on Friday.

Still, even after the bargain-basement prices expire, Huntsville Airport will have an established low-fare carrier that it has been lacking. Frontier has routes to nearly 90 cities across North America and has more than 300 flights daily.

That’s a step up from recent bargain airline ventures that have either been short-lived or yet to get off the ground.

Rick Tucker, executive director of the airport, described Frontier as an “ultra low-cost carrier” that will appeal the non-business class. Frontier will begin its limited non-stop service to Denver on Oct. 5 and to Orlando on Oct. 21. It’s the latest in a string of bargain airlines in Huntsville, which has notoriously been among the most expensive airports for fares in the country.

Airtran began operation in Huntsville in 2010 but withdrew two years later after merging with Southwest Airlines. GLO airlines, a regional charter service, began flights to New Orleans in 2016 but filed for bankruptcy less than a year later. Silver Airlines announced non-stop service to Orlando in February but has delayed operations in Huntsville until at least September.