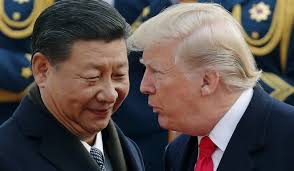 The negative impact of Sino-American tension rises with the trade war on Chinese tourism to the United States is more happening.

According to their estimated data, bookings by Chinese tourists to the United States are down 8.4 percent for the year to August compared to the same period last year.

The bookings were actually up from the last week of February until March 23, when the first U.S. tariffs were put into place. However, the trade war tensions have eliminated any possibility for growth of Chinese tourism to the United States in 2018.

It was a safe assumption that Chinese tourism to the United States was going to take a hit from the political disputes between Beijing and Washington, even if Chinese authorities aren’t likely to make a move to use regulations to restrict travel as they have to destinations like Palau and South Korea. Rather, this drop is likely due more to how nationalism shapes outbound Chinese travel.

The nationalist and anti-American sentiments have been actively stoked by Chinese authorities this year to drum up support for Chinese retaliation to American trade policy. The most prominent example came from officials at the Chinese embassy to the United States when they issued a travel warning for the United States, citing gun violence, crime, and the cost of healthcare.

The Chinese yuan has fallen in value this year and is currently down 7.5 percent to the dollar since the introduction of tariffs. This makes tourism to the United States that much more expensive and will hamper the overall growth of Chinese outbound tourism to all destinations this year.

Of course, despite a falling yuan, bookings by Chinese tourists for overseas destinations are still up this year. Chinese bookings for overseas travel will grow by 5.5 percent, while bookings to the United States will be down by 9.6 percent compared to the same period last year.

Unfortunately, these numbers are preliminary, and no official data has been released by the National Travel & Tourism (NTTO) on spending and arrivals after the recent debacle over arrivals calculations by U.S. authorities. The NTTO has opted to block the release of new data and the latest officials figures are only from September 2017. Unfortunately, it has added substantial confusion to an already challenging situation for U.S. tourism stakeholders.