FAA prohibits U.S. carriers from flying over Persian Gulf & Gulf of Oman after drone shot down 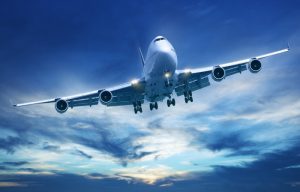 The Federal Aviation Administration (FAA) on Thursday night prohibited U.S.-registered aircraft from flying in Iranian-controlled airspace over the Strait of Hormuz and the Gulf of Oman after a U.S. drone was shot down. The U.S. aviation agency said that the nearest civil aircraft was flying some 45 nautical miles (51 mi) from the U.S. Navy high-altitude drone.

Tensions between the U.S. and Iran continue to escalate and the agency is worried about the increased military activity in the area with heavy civil aviation traffic. The ban will mostly affect flights going from North America to Asia eastwards.

The Chicago-based company cited “a through safety and security review of our India service through Iranian airspace.”

The U.S. aviation regulator FAA has warned pilots that flights are not permitted in the overwater area of the Tehran Flight Information Region until further notice.

The ban comes after Iran shot down a high-altitude US Navy drone that was flying over international waters on Thursday morning. The attack has further strained an already tense situation in the region. Washington has not ruled out an air strike against Iran in retaliation to Iranian hostile act.

The notice to airmen (NOTAM) added that these military activities and political tensions present an inadvertent risk to the US civil aviation operations and potential for miscalculation and misidentification.

The NOTAM read, “The risk to US civil aviation is demonstrated by the Iranian surface-to-air missile shoot-down of a US unmanned aircraft system on 19 June 2019 while it was operating in the vicinity of civil air routes above the Gulf of Oman”.

Earlier, two other major U.S. carriers, American Airlines and Delta Air Lines, said they did not fly over Iranian airspace. Qantas is facing a decision on whether to reroute its flights to London. Qantas flights to and from London, both via Singapore and non-stop from Perth, frequently fly over Iran.