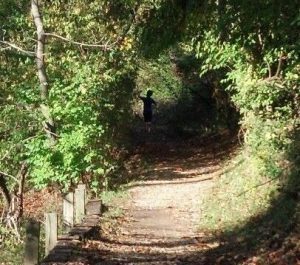 The Elizabethtown, the county seat of Hardin County in Kentucky of United States, is all set to get the tag of urban trail town and this will be the first state of Kentucky to get this recognition.

The Elizabethtown is believed to get the tag because of its Greenbelt Trail Systems. The officials plan to recognize the accomplishment on October 1 with a ceremony.

It is to be noted here that the communities in the Trail Town programme are mainly residing in the state’s coalfields.  As part of the Greenbelt Trail Systems, adventure tourism was promoted through outdoor experiences in rural communities dealing with the economic downtown. Initially, interconnected walking paths encircling the community were developed under the Trail System. The focus was to provide a taste of nature amid a developing community.

Among the 16 trails of the Elizabethtown’s Greenbelt Trail Network, one of the interesting trails is Banam Shaw Trail in which you get ample opportunities to explore the wildlife. You can see deer and several species of bird besides watching oak, maple and tons of trees and flowering plants. The trail provides plenty of shades, which are perfect for chilling out in the hot and sultry day. The Fisherman’s Park trail provides fishing opportunities for the whole family.

The 4.7 mile Freeman Lake Trail is also popular. The Trail network also includes shorter hikes tucked around business districts including the Wintersmith Trail in the centre of town and the John Helm Trail at the edge of Helmwood Plaza Shopping Centre. The trail also includes some other interesting sites such as the Emerald Cathedral where trees provide a natural canopy at the junctions of Freeman Lake Trail and three other trails. A hillside chancel wall, which serves as seating for seasonal concerts, is also another most sought-after site.

The officials of the state Department of Tourism are planning to introduce the Greenbelt Trail programme in more urban centres around Kentucky in the coming days.