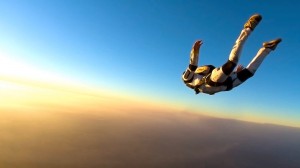 A skydiving tour plane crashed and caught fire in Hawaii killing five people. It was one of two plane crashes reported Monday in the islands.

The mishap happened about 9:30 a.m. on the island of Kauai, the county fire department said. The pilot, two skydive instructors and two tandem jumpers were believed to be on the plane. While four of them were pronounced dead at the crash site, just outside Port Allen Airport, one man was taken to Wilcox Memorial Hospital, where he was pronounced dead.
The group was believed to have been part of a tour operated by SkyDive Kauai.

The company offers tours from Port Allen. SkyDive Kauai is listed as a trade name for D& J Air Adventures, which FAA records identify as the registered owner of the aircraft.
The plane was a single-engine Cessna 182H, FAA spokesman Ian Gregor said. It’s unclear what led to the crash. The National Transportation Safety Board will work with officials to determine the cause of the crash. The Federal Aviation Administration will also investigate.
The identities of the dead haven’t been released. In another incident, a few hours later Monday, off the coast of the island of Oahu, emergency responders took one person to a nearby hospital after a small aircraft crashed in the water off Makaha Beach Park.
County lifeguards brought two people to shore from a single engine aircraft that was about 30 yards off the coast, Honolulu Fire Department Capt. David Jenkins said.
The other person in the airplane wasn’t injured, Honolulu Emergency Services Department spokeswoman Shayne Enright said.