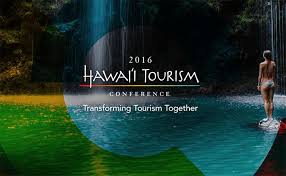 The protest against tourists in Hawaii on Saturday was a major frightening incident for visitors from Waikiki that took a scenic drive to the Northshore of Oahu to see turtles and spend some time at the extensive white sandy Northshore Beaches. Few locals of the Northshore of Oahu are keen to make this beautiful part of the islands their own playground.

A group of “local” protesters on Saturday stopped rental cars with tourists on Laniakea Beach from parking.

Roughly 50 local protesters protested to Laniakea Beach with signs on Saturday to object to tourist traffic. The cars of the protestors completely blocked off a well-known road shoulder so no one else could park on the Mauka side of Kamehameha Highway near Laniakea Beach. This exact incident happened many years ago when concrete barriers were put up on Kamehameha Hwy to get rid of parking spots for beachgoers. A court rules in favor of tourism at that time.

“Traffic is a big problem on the Northshore. I lived here for almost 30 years and traveling the 7 miles from my house in Pupukea to Haleiwa town used to take maximum 10 minutes. Now, most of the time you can be in your car for 45 minutes or more. To blame the tourists for this is offensive to me as a resident.”, said Juergen Steinmetz, publisher of eTurboNews, a Northshore resident.