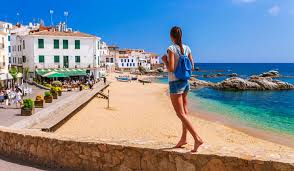 A western New Mexico city bounded by Navajo culture and Native arts and crafts is a tourism boom not witnessed ever since the 1970s.

Officials in Gallup explain that the city has seen a growth of around 7 percent to 10 percent in visitors thanks to foreign tourists, as reported by the Gallup Independent.

Helping motivates the interest in Native culture and grafts is a favorable exchange rate that makes it quite inexpensive for overseas travelers to visit in summer, as per tourism officials in the city.

“I’m getting really excited about the numbers we are seeing,” Lee said. “We are seeing increases from Asian countries as well.”

Also, Lee acknowledges the growing numbers on promotions that the chamber, working in joint venture with the city of Gallup and Tourism Marketing Manager Jennifer Lazarz.

In the last two years, the city has been constantly endorsing the region with the campaign “Gallup Real True” where one can find images of outdoor adventure, Navajo culture and Native arts and crafts.

Area officials have been participating in the biggest trade fair on tourism in the world, the International Powwow and have been promoting for more travel tours for this area.

Gallup is on the edge of the Navajo Nation and sits along historic old Route 66.