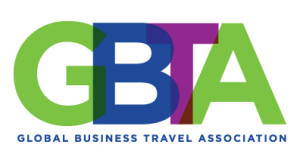 More than 90 percent of U.S. and European business travel buyers now report that their company’s travel to and within Europe has remained largely unaffected by the Paris terrorist attacks, according to two new polls conducted by the Global Business Travel Association (GBTA) and its European partner associations.
This shows increased levels of resiliency since the immediate aftermath of the attacks, when GBTA surveys indicated that nearly three-quarters of travel buyers believed their company’s travel would not change or would only be “slightly reduced.”
“Business travel to and within Europe continues to show its resiliency,” said Michael W. McCormick, GBTA Executive Director and COO. “The fact is that we’ve reached a new normal in managing risk, and business travel buyers are taking steps in their travel programs to improve communication, put in place duty of care policies and improve safety and security of travelers. While businesses, government and the travel industry need to continue to work together to ensure a safe and secure travel system, it is heartening to see this increased confidence in our global travel system.”
The polls also show that European travel buyers have become more certain as time has passed that travel should continue without interruption. Today, 90 percent of European travel buyers say they believe it is important that travel continue as usual despite the recent terrorist activity, compared with 79 percent in the days following the attacks.
The attacks have also been a catalyst for increased communications and security measures in both the U.S. and Europe. Approximately 40 percent of travel buyers have issued alerts to travelers on how to respond to emergency situations, while almost one-quarter of buyers (22 percent) have taken steps to enhance safety and security for travelers going to all destinations.
These surveys of U.S. and European travel buyers were conducted online between January 11 and 19, 2016 with the support of GBTA’s European partner network. In total, 135 travel buyers from the U.S. and 85 from Europe participated in the survey.