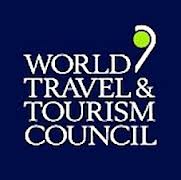 The World Travel & Tourism Council (WTTC) is pleased to announce the election of Gerald Lawless as WTTC Chairman at the Council’s Annual General Meeting on 6 April 2016 in Dallas, Texas.

Mr. Lawless, former Group Chief Executive Officer of Jumeirah Group and now Head of Tourism and Hospitality at Dubai Holding, is a leading figure in the world of tourism and hospitality.

In his 18 years as CEO of Jumeirah Group, he spearheaded the growth of the hotel chain to one of the best-known luxury hospitality brands in the world, expanding the company’s portfolio to 22 hotels in 11 destinations and establishing Burj Al Arab Jumeirah as the most luxurious hotel in the world.

Gerald has been a Member of the World Travel & Tourism Council since 2005, sitting on the Executive Committee since 2008, and as Vice Chairman since 2012.

Mr. Lawless will take over from Dr. Michael Frenzel, Chairman Emeritus TUI AG. The WTTC Chairman is elected for a term of two years.

Outgoing Chairman, Dr. Michael Frenzel said “I am delighted to welcome Gerald as WTTC Chairman. Gerald has been an active Member of WTTC, responsible for bringing the Global Summit to Dubai in 2008 and serving on the Executive Committee and as a Vice Chairman. His commitment to WTTC’s Mission will be invaluable, as the organization continues to drive recognition of Travel & Tourism’s social and economic impact amongst governments around the world.”

Gerald Lawless, Chairman, WTTC, said: “Over the past 11 years, I have been privileged to be a member of the World Travel & Tourism Council. I believe strongly in the mission of the organization, which advocates the benefits of Travel & Tourism, not only to the global economy but also to society in general. Travel & Tourism is and will remain a force for good. It deserves a lot more recognition from governments worldwide.”

WTTC’s latest data shows that the sector accounts for 9.8% of the world’s GDP, contributing over USD$ 7.2 trillion. Last year Travel & Tourism added 7.2 million jobs to the global economy, supporting a total of 284 million jobs around the world.