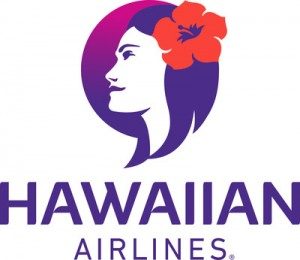 Hawaiian Airlines, a subsidiary of Hawaiian Holdings, today announced its decision to suspend its thrice-weekly nonstop service between Honolulu’s Daniel K. Inouye International Airport (HNL) and Beijing Capital International Airport (PEK) upon the completion of the National Day Golden Week holiday in October. The airline, which started the service in April 2014, will re-deploy its 278-seat Airbus A330-200 aircraft elsewhere in its network.

“These decisions are never easy and this one is especially difficult because we believe in China’s future as a robust market for the Hawaiian vacation experience and we will continue to market one-stop options to Honolulu from cities throughout China on our airline partners,’’ said Peter Ingram, Hawaiian’s president and CEO.

“We have enjoyed sharing our Hawaiian hospitality with thousands of our Chinese guests, and will continue to invest in raising awareness of the beauty and grace of the Hawaiian Islands with a determination to return to China with non-stop service,’’ Ingram added. “In the meantime, we will re-deploy our aircraft to pursue other opportunities consistent with Hawaiian’s expansion plans.”

Hawaiian set the suspension date after the National Day Golden Week holiday (Oct. 1 through Oct. 7 this year) to minimize disruptions to guests. Flight 897 is scheduled to depart HNL at 11:55 p.m. on Oct. 9 and arrive at PEK on Oct. 11 at 5:10 a.m. Flight 898 will depart PEK at 1 a.m. on Oct. 12 and arrive at HNL at 5 p.m. on Oct. 11.
Guests holding tickets for flights beyond the end of regular scheduled service will be offered a full refund, or the option of traveling on earlier dates on available Hawaiian flights, as well as via partner airlines.

Because Hawaiian intends to return to China, the airline will maintain a strong sales partnership with BEALL, its general sales agent in China, and maintain its China representative office.